What Time Does The Dengue Mosquito Bites? 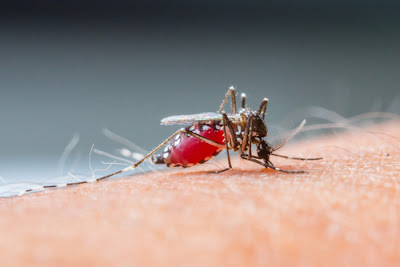 Generally, mosquitoes are considered an annoyance that simply cannot be avoided in many cases, but certain mosquitoes are also capable of transmitting deadly diseases, which makes them a serious heath hazard. Perhaps one of the most deadly of those diseases that is caused by the bite of a very particular mosquito would be dengue fever, which can worsen into dengue hemorrhagic fever. While children suffering from dengue fever barely show any symptoms, or no symptoms at all, but its symptoms in adult are typically similar to those of the flu, i.e. extreme body aches, high fever and severe headaches.

It was around the 19th century when the invasive mosquito that transmits dengue and other diseases started to be discovered. One of the very first pieces of information that was shared about this mosquito was that it feeds during the day. People were also advised to get rid of or report any stagnant or stationary water, whether indoors or outdoors, since standing water was discovered to be the ideal breeding ground for these small mosquitoes. Along with dengue, these mosquitoes are also capable of spreading other diseases like chikungunya and yellow fever.

Aedes aegypti mosquitoes are the ones that cause dengue fever, but they are also called “yellow fever mosquitoes.” Since these mosquitoes breed both indoors and outdoors and they prefer urban areas, so people were specifically urged to report indoor occurrences of mosquitoes biting during daytime.

These mosquitoes tend to be black- or -dark-colored, small sized mosquitoes, anywhere between 4 millimeters and 7 millimeters in size. Typically, their legs tend to be covered in white stripes and a lyre-like white marking is also present on their thorax. The size of the female Aedes aegypti mosquitoes tends to be larger than that of the males, and they have silver or white tipping their small palps.

Another thing that distinguishes Aedes aegypti mosquitos from other ones is that they are known for being aggressive pests. As mentioned, they like to breed just about anywhere as long as stagnant water is present and prefer living in urban areas since that is where standing water is typically accessible and available. Ideal breeding grounds for these mosquitoes include cups and saucers containing water, drainage ditches, flower pots, rain gutters, spare tires filled with water and swimming pools, especially those with untreated water.

Do Aedes Aegypti Mosquitos Only Feed During The Day?

Aedes aegypti mosquitos only fly out to feet during day when there is daylight, instead of dawn or dusk. Thus, these mosquitoes become active approximately 2 hours after the sun has risen and they remain active until a few hours before the sun has set. When it is dark, these mosquitoes hide in cool, dark and shaded places like closets if indoors and trees if outdoors. 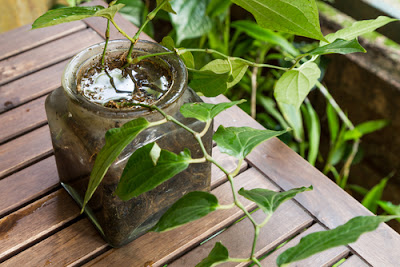 The mouthparts of the male mosquitoes are designed to enable them to only feed on the nectar of fruits, while the females have modified mouthparts that also enable them to pierce animal or human flesh to suck their blood. The females of any mosquito species cannot mature their eggs without blood. They take a 1 or 2 hour break after feeding on the blood of an animal or human and then head out to feed again. These female mosquitoes prefer to bite from behind or below, at the ankles and feet, which means that they often tend to emerge from beneath chairs or desks.

Unlike some other species of mosquitoes, the Aedes aegypti mosquitoes are absolutely comfortable and prefer living and breed within close vicinity of human beings and clean, stagnant water, in which they lay their eggs. It takes approximately anywhere between 1-1/2 week and 2 weeks for those eggs to grow into adult mosquitoes.

In the case of the mosquitoes that are infected with and transmit dengue, it is their salivary glands that contain that virus. When a person gets bitten by an Aedes aegypti mosquito, the mosquito injects its saliva into the wound so the anti-coagulants its saliva may facilitate feeding and the virus gets injected and transmitted along with its saliva. In a way, the mosquito does not intentionally or knowingly inject the virus; rather the virus is transmitted because it is infected with it. Adult female Aedes aegypti mosquitoes infected with the dengue virus then transfer it to their eggs and the virus is able to persist until the next summer arrives and heavy rainfall begins.

As a result of living and breed within such close vicinity of human beings, Aedes aegypti mosquitoes have also changed their behaviors and habits. For instance, their wings do not make a “humming” sound as loud as those of other mosquitoes, so they cannot be heard when they are approaching to bite, especially if a person is asleep. Moreover, they avoid flying into a human’s face, instead they bite from below, and they also tend to be faster than other mosquitoes, which makes them harder to detect and catch. 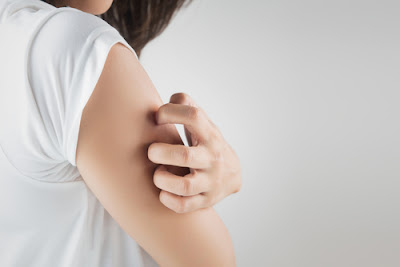 How To Prevent Dengue-Infected Mosquitoes From Biting During The Day?

People have long been urged to follow some general and simple advice to ensure that these mosquitoes are not able to breed or bite humans.

- All items presented outdoors that may potentially hold water should be dumped out or removed. The breeding of Aedes aegypti mosquitoes can be controlled and even prevented by placing mosquito fish in outdoor water sources that are not in use.

Now that it has been clearly stated that mosquitoes that are responsible for spreading dengue fever typically bite in broad daylight, people should particularly be careful during the day and avoid getting bitten. The fact that there is no vaccine to prevent the spread of the dengue virus makes it even more necessary to be care and take the general precautions mentioned above.
Posted by Unknown at 04:11